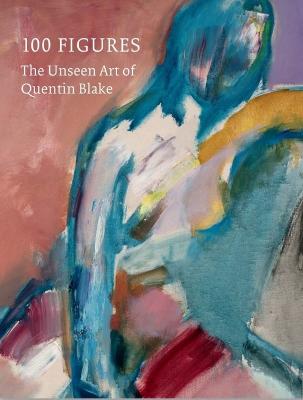 Quentin Blake's illustrations are instantly recognisable to millions of people around the world. A new exhibition to be held at London's House of Illustration will explore an unusual aspect of Blake's work, however, exhibiting for the first time 100 examples of his works of art. 100 Figures, will feature all of the 100 exhibited works - ranging from large-scale oil paintings to drawings and prints, created between the 1950s and today. Works included date back to his post-grad years in the 1950s when he struggled to make a living as an illustrator and took life-drawing classes at Chelsea School of Art. It was here that he first engaged with the human figure, but soon, having observed how the human body behaves, he found he was able to draw it from memory in any pose, working from his vivid imagination. 100 Figures will also offer the chance to catch a rare glimpse of early oil paintings by Blake - some painted on hardboard since he was unable to afford canvases at that time and painted using commercial house-painters' brushes.

A Preview for this title is currently not available.
More Books By Quentin Blake
View All