The Curious Economics of Contemporary Art

Why would a smart New York investment banker pay twelve million dollars for the decaying, stuffed carcass of a shark? By what alchemy does Jackson Pollock' s drip painting No.5 1948 sell for $140 million?

The $12 Million Dollar Stuffed Shark is the first book to look at the economics of the modern art world, and the marketing strategies that power the market to produce such astronomical prices. Don Thompson talks to auction houses, dealers, and collectors to find out the source of Charles Saatchi' s Midas touch, and how far a gallery like White Cube has contributed to Damien Hirst becoming one of the highest-earning artists in the world.

Other Editions - The $12 Million Stuffed Shark by Don Thompson 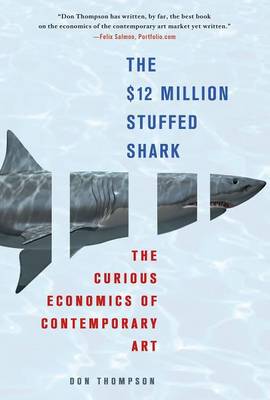 A Preview for this title is currently not available.
More Books By Don Thompson
View All