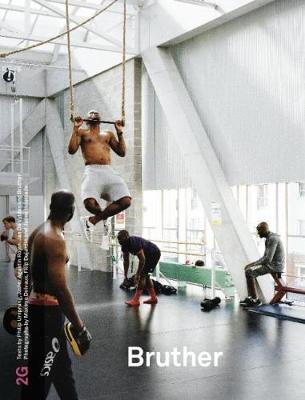 The latest in the 2G Architecture series focuses on the Parisian based practice Bruther.

Bruther is a French architectural studio based in Paris. Stephanie Bru and Alexandre Theriot opened their office in 2007, at the very beginning of what capitalists call a 'crisis' and Marxists might define as new round of 'primitive accumulation and dispossession'. Having grown up and trained during the heyday of the French welfare state and inspired by the optimism of the early European Union, Bru and Theriot are well aware of the pressure that the political shift to the right, social inequality and insecurity about the future of Europe are exerting on public institutions. Bruther stands for a specific architecture, adapted to the needs of each project in order to offer maximal living conditions. Adaptability and evolutivity of the building are fundamentals in the office practice. Since 2007, Bruther have developed national and international projects such as Cultural and Sport Center Saint-Blaise (2014), Helsinki Central Library (2013) and New Generation Research Center (2015).

A Preview for this title is currently not available.
More Books By Philip Ursprung
View All