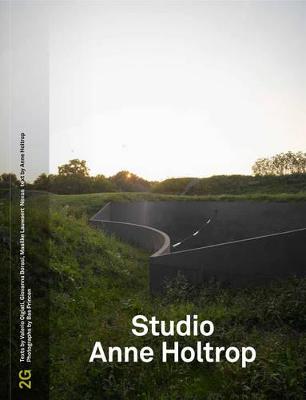 Anne Holtrop (1977) graduated in 2005 from the Academie van Bouwkunst in Amsterdam with a cum laude degree in architecture and in 2009 started his own studio. Today his office is based in Muharraq (Bahrain) and Amsterdam (The Netherlands). His work ranges from models to temporary spaces and buildings. Until very recently, he had only built a few small pavilions and various installations between art and architecture. Outside of the conventional architectural circuit, and more related to art installations, these extremely poetic pavilions consisted of small-scale spatial concepts and personal research on materials. In 2015 he completed his first two major buildings, Museum Fort Vechten and the National Pavilion of the Kingdom of Bahrain. He was course director of the Studio for Immediate Spaces master at the Sandberg Instituut Amsterdam from 2012 to 2016, and was editor of the architectural journal Oase from 2005 to 2013. For his practice he has been awarded several grants from the Mondrian Fund, as well as receiving the Charlotte Kohler Prize for Architecture from the Prins Bernhard Cultuurfonds in 2007.