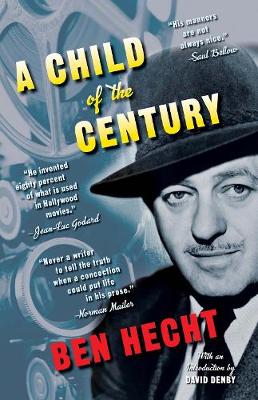 A Child of the Century

Description - A Child of the Century by Ben Hecht

Ben Hecht's critically acclaimed autobiographical memoir, first published in 1954, offers incomparably pungent evocations of Chicago in the 1910s and 1920s, Hollywood in the 1930s, and New York during the Second World War and after.

Named to Time's list of All-Time 100 Nonfiction Books, which deems it "the un-put-downable testament of the era's great multimedia entertainer."

Buy A Child of the Century by Ben Hecht from Australia's Online Independent Bookstore, BooksDirect.

A Preview for this title is currently not available.
More Books By Ben Hecht
View All