A Cultural Interpretation of the Genocide Convention

Description - A Cultural Interpretation of the Genocide Convention by Kurt Mundorff

This book critiques the dominant physical and biological interpretation of the Genocide Convention and argues that the idea of "culture" is central to properly understanding the crime of genocide.

Using Raphael Lemkin's personal papers, archival materials from the State Department and the UN, as well as the mid-century secondary literature, it situates the convention in the longstanding debate between Enlightenment notions of universality and individualism, and Romantic notions of particularism and holism. The author conducts a thorough review of the treaty and its preparatory work to show that the drafters brought strong culturalist ideas to the debate and that Lemkin's ideas were held widely in the immediate postwar period. Reconstructing the mid-century conversation on genocide and situating it in the much broader mid-century discourse on justice and society he demonstrates that culture is not a distraction to be read out of the Genocide Convention; it is the very reason it exists. 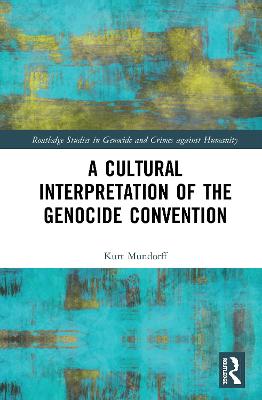 A Preview for this title is currently not available.
More Books By Kurt Mundorff
View All