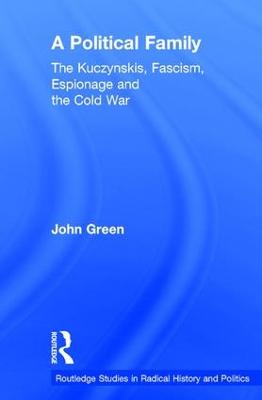 A Political Family: The Kuczynskis, Fascism, Espionage and The Cold War

Description - A Political Family: The Kuczynskis, Fascism, Espionage and The Cold War by John Green

The Kuczynskis were a German-Jewish family of active anti-fascists who worked assiduously to combat the rise of Nazism before and during the course of the Second World War. This book focuses on the family of Robert and his wife Berta - both born two decades before the end of the nineteenth century - and their six children, five of whom became communists and one who worked as a Soviet agent. The parents, and later their children, rejected and rebelled against their comfortable bourgeois heritage and devoted their lives to the overthrow of privilege and class society. They chose to do this in a Germany that was rapidly moving in the opposite direction.

With the rise of German nationalism and then Hitler fascism, the family was confronted with stark choices and, as a result of making these choices, suffered persecution and exile. Revealing how these experiences shaped their outlook and perception of events, this book documents the story of the Kuczynskis for the first time in the English language and is a fascinating biographical portrait of a unique and radical family.

Other Editions - A Political Family: The Kuczynskis, Fascism, Espionage and The Cold War by John Green 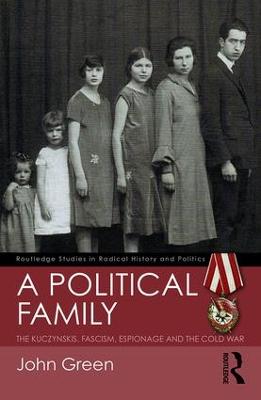 A Preview for this title is currently not available.
More Books By John Green
View All