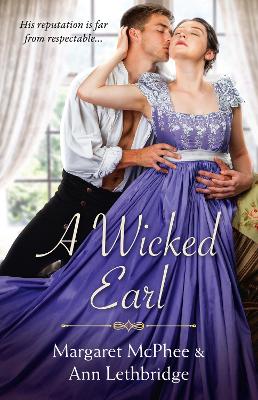 The very proper Miss Langley does not know what she has done to encourage the attentions of a lord, only that they are most unwanted and very improper!

So when a handsome stranger saves her from his clutches, Madeline is too relieved to suspect that her tall, dark defender may have a less than respectable reputation...

When she arrives at Beresford Abbey, orphan Mary Wilder's hopes of finding a place to belong are dashed when she meets Bane Beresford, the enigmatic Earl. He is as remote as the ghosts that supposedly haunt the Abbey...and, like its crumbling walls, her dreams fall apart.

Occasionally she sees a different, more caring man behind the facade, so is she foolish to long for a happy home...and a family? His proposal is for a marriage of convenience, but his touch has awakened within her a fervent and forbidden longing...

A Preview for this title is currently not available.
More Books By Ann Lethbridge
View All