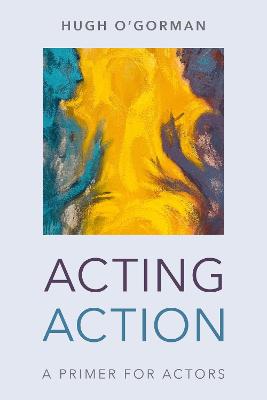 Acting Action: A Primer for Actors

Description - Acting Action: A Primer for Actors by Hugh O'Gorman

"What is it that we're doing, when we're acting well? What is it that great actors are actually doing when they're practicing their craft at the highest level?" This is the question famously posed by Earle Gister, the legendary head of the acting department at Yale School of Drama from 1979 to 1999. In Acting Action, actor, director, and teaching artist Hugh O'Gorman invites readers to explore the question in detail.

Focusing on playing action-one of the essential components of acting passed on to Earle Gister and Lloyd Richards by Paul Mann-Acting Action is divided into two parts: Context and Practice. The Context section provides a thorough examination of the theory behind the core elements of playing action. The Practice section provides a step-by-step rehearsal guide for actors to integrate playing action into their preparation process.

Acting Action is a place to begin for actors: a foundation, a ground plan for how to get started and how to build the core of a performance. More precisely, it provides a practical guide for actors, directors, and teachers in the technique of playing action, addressing a void in the world of actor training by illuminating what exactly to do in the moment-to-moment act of acting. It also serves as an artistic instructional manual for either the stage or camera.

A Preview for this title is currently not available.
More Books By Hugh O'Gorman
View All