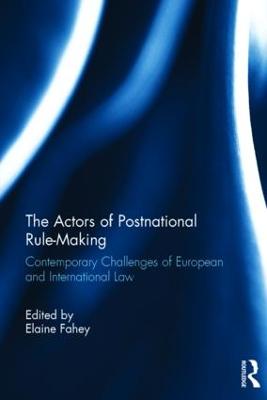 The Actors of Postnational Rule-Making

Description - The Actors of Postnational Rule-Making by Elaine Fahey

Despite its centrality to academic discussions of power and influence, there is little consensus in legal scholarship over what constitutes an actor in rule-making. This book explores the range of actors involved in rule-making within European Union law and Public International law, and focuses especially on actors that are often overlooked by formative and doctrinal approaches.

In its endeavour to render and examine the work and effect of actors often side-lined in the study of postnational rule-making, this book will be of great use and interest to students and scholars of EU law, international law and socio-legal studies.

Other Editions - The Actors of Postnational Rule-Making by Elaine Fahey 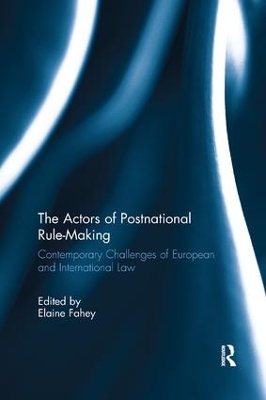 A Preview for this title is currently not available.
More Books By Elaine Fahey
View All