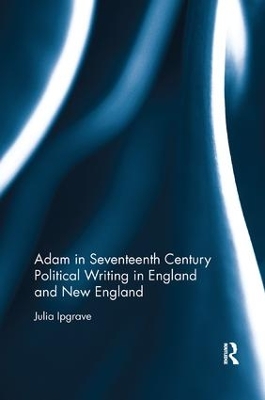 Designed to contribute to a greater understanding of the religious foundations of seventeenth century political writing, this study offers a detailed exploration of the significance of the figure and story of Adam at that time. The book investigates seventeenth-century writings from England and New England-examining writings by Roger Williams and John Eliot, Gerrard Winstanley, John Milton, and John Locke-to explore the varying significance afforded to the Biblical figure of Adam in theories of the polity. In so doing, it counters over-simplified views of modern secular political thought breaking free from the confines of religion, by showing the diversity of political models and possibilities that Adamic theories supported. It provides contextual background for the appreciation of seventeenth-century culture and other cultural artefacts, and feeds into current scholarly interest in the relationship between religion and the public sphere, and in stories of origins and Creation. A Preview for this title is currently not available.
More Books By Julia Ipgrave
View All