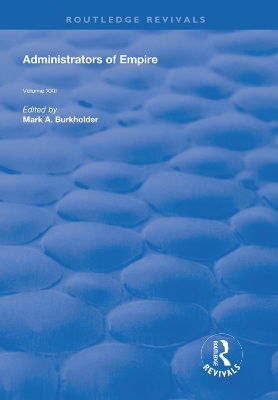 Description - Administrators of Empire by Mark A. Burkholder

Published in 1998, the expansion of Europe overseas required the creation of institutions for governing the conquered peoples, as well as the conquerors, their descendants, and later immigrants. As a group, bureaucrats were essential for the preservation of extensive and long-lasting European colonies. This volume looks in particular at the Americas and sets out the differing responses of Portugal, Spain, Britain and France and the systems they elaborated. A notable theme is the conflict between the demands of the centre, and the local pressures, and the extent to which the bureaucrats often came to identify with these.

Other Editions - Administrators of Empire by Mark A. Burkholder 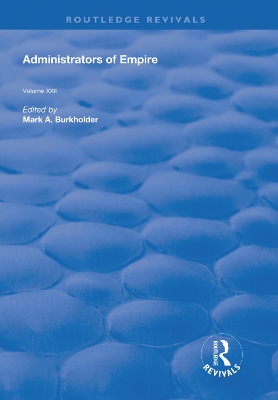 A Preview for this title is currently not available.
More Books By Mark A. Burkholder
View All