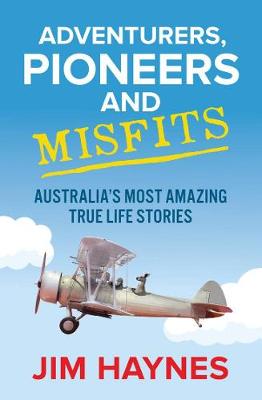 The petty thief . . . who escaped Van Diemen's Land, twice, stole the government brig and set sail for Japan, where, by the Shogun's decree, all foreigners were to be executed.

The world's best cricketer . . . a champion of Aboriginal people who 'invented' Aussie Rules, survived the worst massacre of white settlers in Australia's history and killed himself with a pair of scissors.

The eccentric musical genius . . . who played in the greatest concert halls in the world but pushed his favourite piano stool between venues in a wheelbarrow.

Over the many years Jim Haynes has spent exploring and writing about the quirkier events and people in Australia's history, he has discovered characters who have amazed, surprised and simply ba?ed him. This is a book about some of those men and women and their remarkable, out-of-the-ordinary and almost unbelievable lives.

As he always does, Jim has discovered that there is more to the story than ?rst meets the eye. Who knew that the ?rst man hanged in Australia made an artefact now valued at over one million dollars? Or that an Australian swimmer was the highest-paid act on the American vaudeville circuit and the star of the ?rst million-dollar movie ever made? And that the father of the ?rst Australian woman to serve in parliament was hanged for murder?

With a light touch, a wry eye and his gifts as a master storyteller, Jim shares the tales and adventures of a group of heroic, feisty, ?awed and pioneering characters who have shaped our nation and introduced Australia to the world. 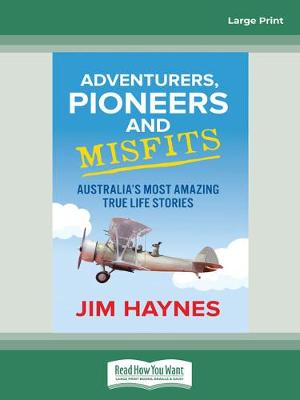 A Preview for this title is currently not available.
More Books By Jim Haynes
View All

The Big Book of Australia's War Stories: A collection of stories of Australia's iconic battles and campaigns from the Boer War to Vietnam
Jim Haynes
Paperback , Nov '19
20% OFF!
RRP: $32.99 $26.39