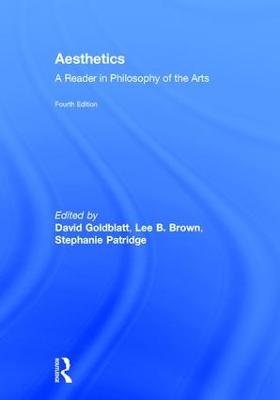 A Reader in Philosophy of the Arts 4th New edition

Aesthetics: A Reader in Philosophy of the Arts, fourth edition, contains a selection of ninety-six readings organized by individual art forms as well as a final section of readings in philosophical aesthetics that cover multiple art forms. Sections include topics that are familiar to students such as painting, photography and movies, architecture, music, literature, and performance, as well as contemporary subjects such as mass art, popular arts, the aesthetics of the everyday, and the natural environment. Essays are drawn from both the analytic and continental traditions, and multiple others that bridge this divide between these traditions. Throughout, readings are brief, accessible for undergraduates, and conceptually focused, allowing instructors many different syllabi possibilities using only this single volume.

Key Additions to the Fourth Edition

The fourth edition is expanded to include a total of ninety-six essays with nineteen new essays (nine of them written exclusively for this volume), updated organization into new sections, revised introductions to each section, an increased emphasis on contemporary topics, such as stand-up comedy, the architecture of museums, interactivity and video games, the ethics of sexiness, trans/gendered beauty, the aesthetics of junkyards and street art, pornography, and the inclusion of more diverse philosophical voices. Nevertheless, this edition does not neglect classic writers in the traditional aesthetics: Plato, Aristotle, Hume, Kant, Hegel, Heidegger, Collingwood, Bell, and writers of similar status in aesthetics. The philosophers writing new chapters exclusively for this fourth edition are:

* Larry Shiner on art spectacle museums in the twenty-first century

* Edward Winters on the feeling of being at home in vernacular architecture, as in such urban places as bars.

Other Editions - Aesthetics by David Goldblatt 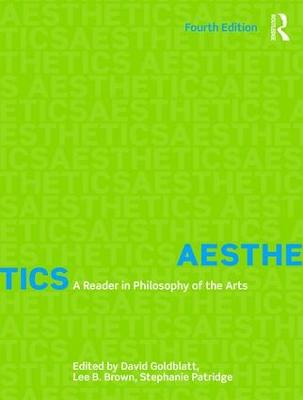 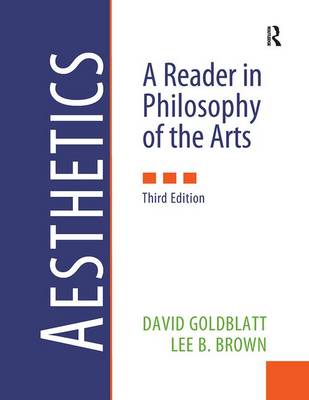 A Preview for this title is currently not available.
More Books By David Goldblatt
View All