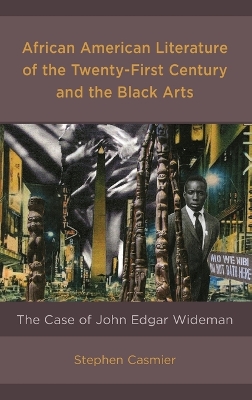 African American Literature of the Twenty-First Century and the Black Arts: The Case of John Edgar Wideman

Description - African American Literature of the Twenty-First Century and the Black Arts: The Case of John Edgar Wideman by Stephen Casmier

For nearly 50 years, a trend in African American literary history quarantined the Black Arts era of the 1960s and 1970s, separating it from the brilliantly creative and aesthetically experimental writing that took off in the 1980s. According to that history, the new literature discarded and distanced the anti-aesthetic posture of the Black Arts moment which emphasized racial tension, strident polemics, and romantic solidarity with the Black underclass. Yet according to the author, the six novels that John Edgar Wideman wrote from 1987 to 2017 complicate this reductive characterization of the black arts. They overflow with the criminal element: accused rapists and murderers; victims of unsanctioned lynching and sanctioned executions. As they engage in aesthetic experimentation, they express continuities with a spirit of restless invention and improvisation that derive from an ongoing engagement with African or Black Atlantic cosmology. They thus enable reassessment of the black arts legacy, entering the world on their own terms, producing their own reality, and working through the black arts notion of functional art. They are the result of a magical Black Atlantic craft that brings writing beyond written representation, transforming the novel itself into a functional tool - a charm -- of protection and healing.