Synaesthesia and Sex in Paint

Like an analyst listening to a patient, this study attends not just to what is said in David Sylvester's interviews with Francis Bacon, but also crucially to what is left unspoken, to revealing interruptions and caesuras. Through interpreting these silences, After Francis Bacon breaks with stereotypical ideas about the artist's work and provides new readings and avenues of research. After Francis Bacon is the first book to give extended consideration to the way the reception of Bacon's art, including Gilles Deleuze's influential text on the artist, has been shaped by the Sylvester interviews - and to move beyond the limiting effects of the interviews, providing fresh interpretations. Nicholas Chare draws upon recent developments in psychoanalysis and forensic psychology to present innovative readings of Bacon's work, primarily based on the themes of sadomasochism and multi-sensory perception. Through bringing Bacon's paintings into dialogue with Joseph Conrad's Heart of Darkness and the film Alien, he also provides original insights into the ethical relevance the artist's works have for today. This study addresses the complexities of the artist's practice - particularly in relation to sexuality and synaesthesia - and additionally forms a crucial intervention within current debates about creative writing in art history.

Other Editions - After Francis Bacon by Nicholas Chare 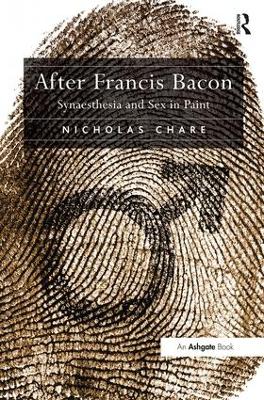 A Preview for this title is currently not available.
More Books By Nicholas Chare
View All