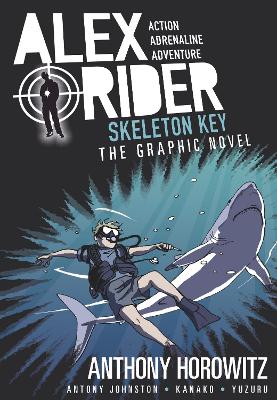 The hazy days of Wimbledon are the unlikely first link in a terrifying chain of events. Alex Rider, reluctant teenage spy, is forced into hiding after his recce mission as a ballboy makes him a target for a murderous Chinese gang. Sent to the island Skeleton Key, Alex is thrown into further danger as from there, General Sarov - an insane Russian - has plans to destroy the world. Alone, with just a handful of gadgets, Alex must outwit Sarov as the seconds tick away...