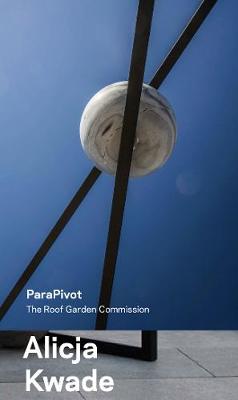 Contemporary artist Alicja Kwade (b. 1979) has received international acclaim for her minimalist, large-scale sculptures and installations intended to parse, but not resolve, various scientific and metaphysical conundrums. Kwade's site-specific installation for the 2019 Roof Garden commission at The Met consists of two immersive sculptures that resemble an astrolabe, the instrument historically used to measure the location of the stars and planets over time. This compact volume presents images and analysis of this new installation, setting its creation in the context of the artist's past work. An interview with Kwade conducted for this publication sheds further light on her process and inspirations.

A Preview for this title is currently not available.
More Books By Kelly Baum
View All