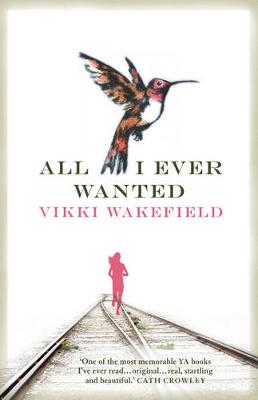 All I Ever Wanted

Description - All I Ever Wanted by Vikki Wakefield

Mim knows what she wants, and where she wants to go - anywhere but home, stuck in the suburbs with her mother who won't get off the couch, and two brothers in prison. She's set herself rules to live by, but she's starting to break them. Now Mim has to retrieve a lost package for her mother. Does this make her a drug runner? Why is a monster dog called Gargoyle hidden in the back shed? And Jordan, the boy she sent Valentines to for years, why is he now suddenly a creep? How come there's a huge gap between her and her best friend, Tahnee? And who is the mysterious girl next door who moans at night? Over the nine days before her seventeenth birthday, Mim's life turns upside down. She has problems, and she's determined to solve them herself. But in the end, she works out who her people are, and the same things look entirely different.

Buy All I Ever Wanted by Vikki Wakefield from Australia's Online Independent Bookstore, BooksDirect.