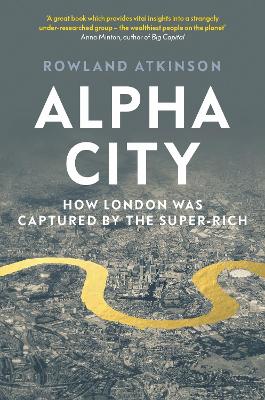 Alpha City: How London Was Captured by the Super-Rich

Description - Alpha City: How London Was Captured by the Super-Rich by Rowland Atkinson

Who owns London? In recent decades London has been bought by the super-rich. It is today the essential 'World City' for High Net Worth Individuals (HNWI) and Ultra High Net Worth Individuals (UHNWI). Compared to New York or Tokyo, the two other key 'world' cities, it has the largest number of wealthy people per head of population. Taken as a whole, London is the epicentre of the world's financial markets, an elite cultural hub, a place to hide one's wealth.

Alpha City presents the story of the property boom economy of recent decades. It tells the story of eager developers, sovereign wealth and grasping politicians who paved the way for the wealthy colonisation of the cityscape. The consequences of this transformation of the capital for capital is the brutal expulsion of the urban poor, austerity, demolitions, and a catalogue of social injustices. This Faustian pact has resulted in the sale and destruction of public assets, in exchange for boom time for the .01%.

Alpha City moves from gated communities and the mega-houses of the super rich to the disturbing rise of evictions and displacements from the city. It shows how the consequences of widening inequality impresses itself upon the urban geography. This is the most harrowing portrait of the city.

Buy Alpha City: How London Was Captured by the Super-Rich by Rowland Atkinson from Australia's Online Independent Bookstore, BooksDirect.

Other Editions - Alpha City: How London Was Captured by the Super-Rich by Rowland Atkinson 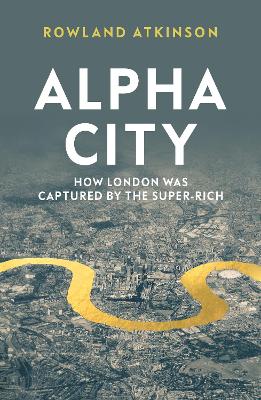 A Preview for this title is currently not available.
More Books By Rowland Atkinson
View All