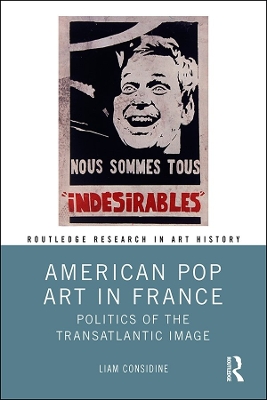 American Pop Art in France: Politics of the Transatlantic Image

Pop art was essential to the Americanization of global art in the 1960s, yet it engendered resistance and adaptation abroad in equal measure, especially in Paris. From the end of the Algerian War of Independence and the opening of Ileana Sonnabend's gallery for American Pop art in Paris in 1962, to the silkscreen poster workshops of May '68, this book examines critical adaptations of Pop motifs and pictorial devices across French painting, graphic design, cinema and protest aesthetics. Liam Considine argues that the transatlantic dispersion of Pop art gave rise to a new politics of the image that challenged Americanization and prefigured the critiques and contradictions of May '68.