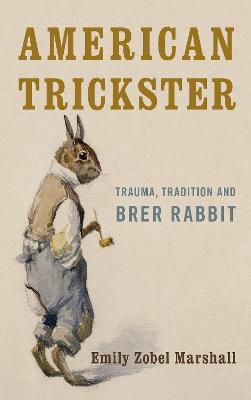 Our fascination with the trickster figure, whose presence is global, stems from our desire to break free from the tightly regimented structures of our societies. Condemned to conform to laws and rules imposed by governments, communities, social groups and family bonds, we revel in the fantasy of the trickster whose energy and cunning knows no bounds and for whom nothing is sacred.

One such trickster is Brer Rabbit, who was introduced to North America through the folktales of enslaved Africans. On the plantations, Brer Rabbit, like Anansi in the Caribbean, functioned as a resistance figure for the enslaved whose trickery was aimed at undermining and challenging the plantation regime. Yet as Brer Rabbit tales moved from the oral tradition to the printed page in the late nineteenth-century, the trickster was emptied of his potentially powerful symbolism by white American collectors, authors and folklorists in their attempt to create a nostalgic fantasy of the plantation past.

American Trickster offers readers a unique insight into the cultural significance of the Brer Rabbit trickster figure, from his African roots and through to his influence on contemporary culture. Exploring the changing portrayals of the trickster figure through a wealth of cultural forms including folktales, advertising, fiction and films the book scrutinises the profound tensions between the perpetuation of damaging racial stereotypes and the need to keep African-American folk traditions alive. Emily Zobel Marshall argues that Brer Rabbit was eventually reclaimed by twentieth-century African-American novelists whose protagonists 'trick' their way out of limiting stereotypes, break down social and cultural boundaries and offer readers practical and psychological methods for challenging the traumatic legacies of slavery and racism. 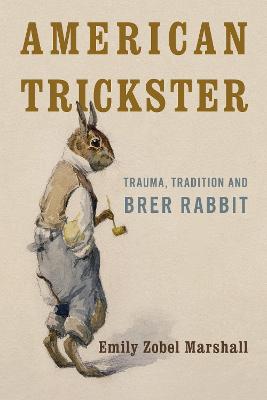 A Preview for this title is currently not available.
More Books By Emily Zobel Marshall
View All