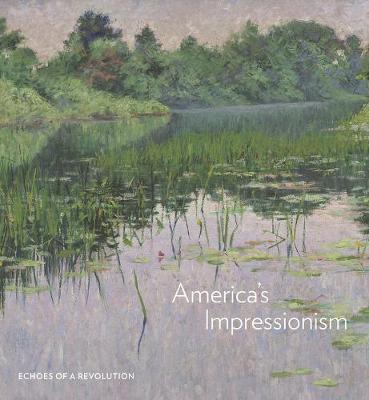 America's Impressionism: Echoes of a Revolution

From the late 19th century to the Second World War, American painters adapted Impressionism to their own ends, shaping one of the most enduring, complex, and contradictory styles of art ever produced in the United States. This comprehensive book presents an original and nuanced history of the American engagement with the French style, one that was both richer and more ambivalent than mere imitation. Showcasing key works from public and private collections across the United States, this expansive catalogue contextualizes celebrated figures, such as Claude Monet (1840-1926) and William Merritt Chase (1849-1916), among their unduly overlooked-and often female-counterparts, such as Lilla Cabot Perry (1848-1933), Emma Richardson Cherry (1859-1954), and Evelyn McCormick (1862-1948). Essays from leading scholars of the movement expand upon the geography and chronology of Impressionism in America, investigating regional variants and new avenues opened by the experiment. Beautifully illustrated, this volume is a landmark event in the understanding of an important era in American art.

A Preview for this title is currently not available.
More Books By Amanda C. Burdan
View All