Wassily Kandinsky, Max Ernst, Jackson Pollock, and Joseph Beuys were the leading artists of their generations to recognize the rich possibilities that animism and shamanism offered. While each of these artists' connection with shamanism has been written about separately, Evan Firestone brings the four together in order to compare their individual approaches to anthropological materials and to define similarities and differences between them. The author's close readings of their works and examination of the relevant texts available to them reveal fresh insights and new perspectives.The importance of indigenous beliefs in animism for Kandinsky's philosophy of art and practice, especially the animism of inanimate objects, is analyzed for the first time in conjunction with his well-known enthusiasms for Symbolism and Theosophy. Ernst's collage novel, La femme 100 tetes (1929), previously found to have significant alchemical content, also is shown to extensively utilize shamanism, thereby merging different branches of the occult that prove to have remarkable similarities. The in-depth examination of Pollock's works, both known and overlooked for shamanic content, identifies textual sources that heretofore have escaped notice. Firestone also demonstrates how shamanism was employed by this artist to express his desire for healing and transformation. The author further argues that the German edition of Mircea Eliade's Shamanism: Archaic Techniques of Ecstasy (1957) helped to revitalize Beuys's life and art, and that his ecological campaigns reflected a new consciousness later termed ecoanimism. 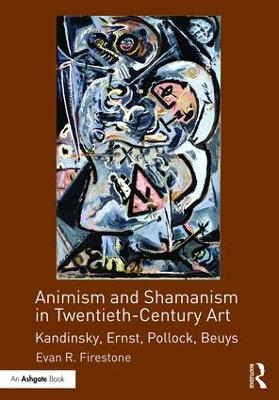 A Preview for this title is currently not available.
More Books By Evan R. Firestone
View All