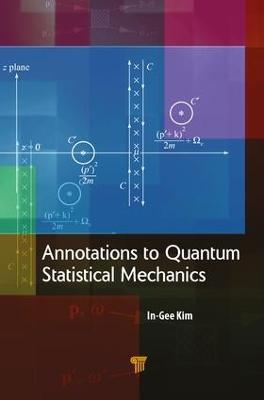 This book is a rewritten and annotated version of Leo P. Kadanoff and Gordon Baym's lectures that were presented in the book Quantum Statistical Mechanics: Green's Function Methods in Equilibrium and Nonequilibrium Problems. The lectures were devoted to a discussion on the use of thermodynamic Green's functions in describing the properties of many-particle systems. The functions provided a method for discussing finite-temperature problems with no more conceptual difficulty than ground-state problems, and the method was equally applicable to boson and fermion systems and equilibrium and nonequilibrium problems. The lectures also explained nonequilibrium statistical physics in a systematic way and contained essential concepts on statistical physics in terms of Green's functions with sufficient and rigorous details.

In-Gee Kim thoroughly studied the lectures during one of his research projects but found that the unspecialized method used to present them in the form of a book reduced their readability. He started the tedious work of rewriting and annotating them to fully understand the formalism of nonequilibrium quantum statistical mechanics. While doing so, he realized they can be a useful resource for students of modern physics but will have to be upgraded to match pace with the evolved curricula. Being aware that besides completing the course work and passing the relevant examinations, it is necessary for graduate students of modern physics to make the knowledge of a topic concrete in their minds. This book is a systematically prepared summary of those lectures and will be extremely useful for graduate students as well as senior researchers to settle down the key knowledge of the subject.