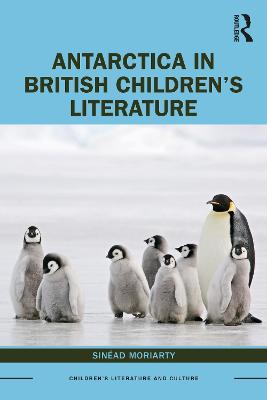 For over a century British authors have been writing about the Antarctic for child readers, yet this body of literature has never been explored in detail. Antarctica in British Children's Literature examines this field for the first time, identifying the dominant genres and recurrent themes and tropes while interrogating how this landscape has been constructed as a wilderness within British literature for children.

The text is divided into two sections. Part I focuses on the stories of early-twentieth-century explorers such as Robert F. Scott and Ernest Shackleton. Antarctica in British Children's Literature highlights the impact of children's literature on the expedition writings of Robert Scott, including the influence of Scott's close friend, author J.M. Barrie. The text also reveals the important role of children's literature in the contemporary resurgence of interest in Scott's long-term rival Ernest Shackleton. Part II focuses on fictional narratives set in the Antarctic, including early-twentieth-century whaling literature, adventure and fantasy texts, contemporary animal stories and environmental texts for children. Together these two sections provide an insight into how depictions of this unique continent have changed over the past century, reflecting transformations in attitudes towards wilderness and wild landscapes.

A Preview for this title is currently not available.
More Books By Sinead Moriarty
View All