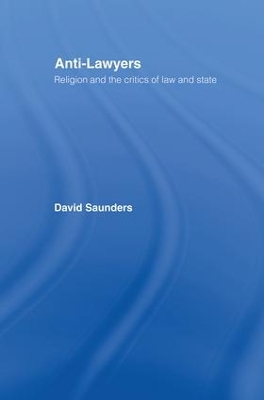 Religion and the Critics of Law and State

In early modern Europe the law developed as one of the few non-religious orderings of civil life. Its separation from religion was, however, never complete and we see the contest continued today not only in the campaigns of religious fundamentalists of the right, but also in the clains of critical intellectuals to reshape government institutions and the legal apparatus in accordance with moral principle - whether of indivudual autonomy or communitarian self-determination. In Anti-Lawyers, David Saunders traces the story of this unresolved conflict from Hobbes' Leviathan to the American law texts of today, and discusses how we might regard today's moral critics of government and law in the light of the early modern effort to disengage spiritual discipline from secular government and conscience from law. Separate sections look at major figures in English common law in the Early Modern period, French and German absolutism and jurisprudence as it is taught in the American law texts of today.

Other Editions - Anti-Lawyers by David Saunders 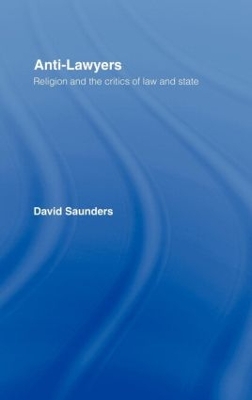 A Preview for this title is currently not available.
More Books By David Saunders
View All