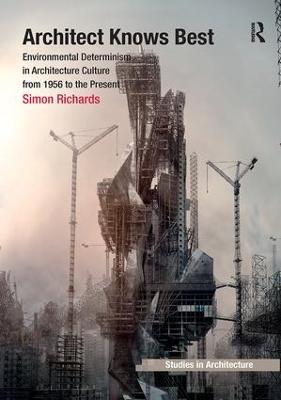 Architect Knows Best: Environmental Determinism in Architecture Culture from 1956 to the Present

Description - Architect Knows Best: Environmental Determinism in Architecture Culture from 1956 to the Present by Simon Richards

The idea that buildings could be used to reform human behaviour and improve society was fundamental to the 'modernist' architecture and planning of people like Walter Gropius, Le Corbusier and Jose Luis Sert in the first half of the 20th century. Their proposals for functional zoning, multi-level transport, high-rise living, and machine-inspired aesthetics came under attack from the 1950s onwards, and many alternative approaches to architecture and planning emerged. It was thought that the environmental determinist strand of the discourse was killed off at this time as well. This book argues that it was not, but on the contrary, that it has deepened and diversified. Many of the most prominent architect-planners continue to design with a view to improving the behaviour of individual people and of society at large. By looking at - and interviewing - major figures and movements of recent years in Britain, Europe and America, including Leon Krier, Peter Eisenman, Andres Duany, Jane Jacobs, Robert Venturi and Denise Scott Brown, it demonstrates the myriad ways that architect-planners seek to shape human behaviour through buildings. In doing so, the book raises awareness of this strand within the discourse and examines its different purposes and manifestations. It questions whether it is an ineradicable and beneficial part of architecture and planning, or a regrettable throwback to a more authoritarian phase, discusses why is it seldom acknowledged directly and whether it could be handled more responsibly and with greater understanding. Richards does not provide any simple solutions but in conclusion, is critical of architect-planners who abuse the rhetoric of social reform simply to leverage their attempts to secure building commissions, while being more sympathetic towards those who appear to have a sincere desire to improve society through their buildings.

Other Editions - Architect Knows Best: Environmental Determinism in Architecture Culture from 1956 to the Present by Simon Richards 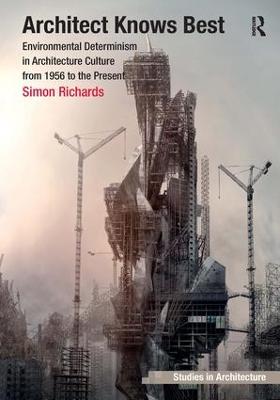 A Preview for this title is currently not available.
More Books By Simon Richards
View All