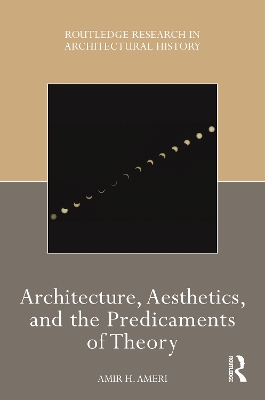 Architecture, Aesthetics, and the Predicaments of Theory

Description - Architecture, Aesthetics, and the Predicaments of Theory by Amir H. Ameri

The book offers a close and critical reading of three seminal texts from three different periods in the history of theoretical discourse on Western architecture-the Renaissance, the Enlightenment, and 19th-century Romanticism. The first text is Leone Battista Alberti's Ten Books on Architecture of 1452, the next Marc-Antoine Laugier's An Essay on Architecture of 1753, and last, John Ruskin's The Seven Lamps of Architecture of 1849. Additional influential texts from, among others, the 20th and 21st centuries are engaged with along the way to locate and contextualize the arguments within the broader discursive tradition of Western architecture.

A Preview for this title is currently not available.
More Books By Amir H. Ameri
View All