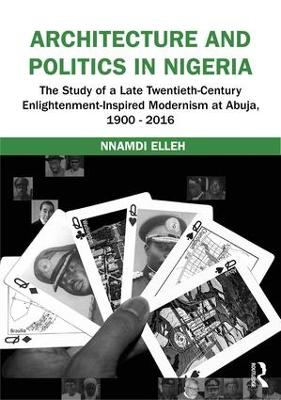 Architecture and Politics in Nigeria

The Study of a Late Twentieth-Century Enlightenment-Inspired Modernism at Abuja, 1900-2016

Description - Architecture and Politics in Nigeria by Nnamdi Elleh

In 1975, the Nigerian authorities decided to construct a new postcolonial capital called Abuja, and together with several internationally renowned architects these military leaders collaborated to build a city for three million inhabitants. Founded five years after the Civil War with Biafra, which caused around 1.7 million deaths, the city was envisaged as a place where justice would reign and where people from different social, religious, ethnic, and political backgrounds would come together in a peaceful manner and work together to develop their country and its economy. These were all laudable goals, but they ironically mobilized certain forces from around the country in opposition against the Federal Government of Nigeria. The international and modernist style architecture and the fact that the government spent tens of billions of dollars constructing this idealized capital ended up causing more strife and conflict. For groups like Boko Haram, a Nigerian Al-Qaida affiliate organization, and other smaller ethnic groups seeking to have a say in how the country's oil wealth is spent, Abuja symbolized everything in Nigeria they sought to change.

By examining the creation of the modernist national public spaces of Abuja within a broader historical and global context, this book looks at how the successes and the failures of these spaces have affected the citizens of the country and have, in fact, radicalized individuals with these spaces being scene of some of the most important political events and terrorist targets, including bombings and protest rallies. Although focusing on Nigeria's capital, the study has a wider global implication in that it draws attention to how postcolonial countries that were formed at the turn of the twentieth century are continuously fragmenting and remade by the emergence of new nation states like South Sudan.

Other Editions - Architecture and Politics in Nigeria by Nnamdi Elleh 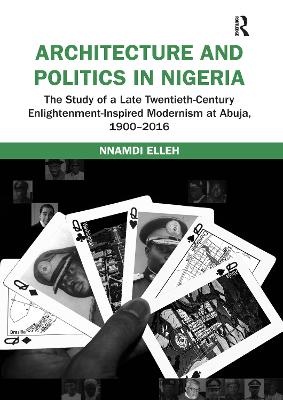 A Preview for this title is currently not available.
More Books By Nnamdi Elleh
View All

Architecture and Politics in Nigeria: The Study of a Late Twentieth-Century Enlightenment-Inspired Modernism at Abuja, 1900-2016
Nnamdi Elleh
Paperback , Sep '20
RRP: $77.99 $70.19