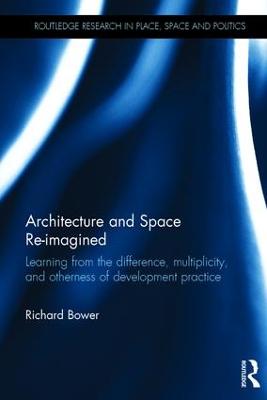 Learning from the difference, multiplicity, and otherness of development practice

As with so many facets of contemporary western life, architecture and space are often experienced and understood as a commodity or product. The premise of this book is to offer alternatives to the practices and values of such westernised space and Architecture (with a capital A), by exploring the participatory and grass-roots practices used in alternative development models in the Global South. This process re-contextualises the spaces, values, and relationships produced by such alternative methods of development and social agency. It asks whether such spatial practices provide concrete realisations of some key concepts of Western spatial theory, questioning whether we might challenge the space and architectures of capitalist development by learning from the places and practices of others.

Exploring these themes offers a critical examination of alternative development practices methods in the Global South, re-contextualising them as architectural engagements with socio-political space. The comparison of such interdisciplinary contexts and discourses reveals the political, social, and economic resonances inherent between these previously unconnected spatial protagonists. The interdependence of spatial issues of choice, value, and identity are revealed through a comparative study of the discourses of Henri Lefebvre, John Turner, Doreen Massey, and Nabeel Hamdi. These key protagonists offer a critical framework of discourses from which further connections to socio-spatial discourses and concepts are made, including post-marxist theory, orientalism, post-structural pluralism, development anthropology, post-colonial theory, hybridity, difference and subalterneity.

By looking to the spaces and practices of alternative development in the Global South this book offers a critical reflection upon the working practices of Westernised architecture and other spatial and political practices. In exploring the methodologies, implications and values of such participatory development practices this book ultimately seeks to articulate the positive potential and political of learning from the difference, multiplicity, and otherness of development practice in order to re-imagine architecture and space.

Other Editions - Architecture and Space Re-imagined by Richard Bower 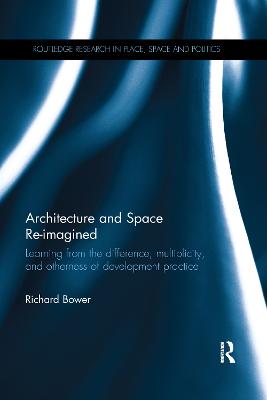 A Preview for this title is currently not available.
More Books By Richard Bower
View All