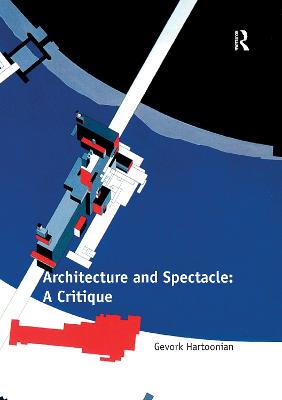 Architecture and Spectacle: A Critique

Description - Architecture and Spectacle: A Critique by Gevork Hartoonian

Focusing on six leading contemporary architects: Peter Eisenman, Frank Gehry, Bernard Tschumi, Zaha Hadid, Rem Koolhaas and Steven Holl, this book puts forward a unique and insightful analysis of "neo-avant-garde" architecture. It discusses the spectacle and excess which permeates contemporary architecture in reference to the present aesthetic tendency for image making, but does so by applying the tectonic of theatricality discussed by the 19th-century German architect Gottfried Semper. In doing so, it breaks new ground by opening up a dialogue between the study of the past and the design of the present. The work of each discussed architect is seen as addressing a historiographical problem. To this end, and this is the second important aspect of this book, the chosen buildings are discussed in terms of the thematic of the culture of building (the tectonic of column and wall for example) rather the formal, and this through a discussion that is informed by the latest available theories. Having set the aesthetic implication of the processes of the digitalization of architecture, the book's conclusion highlights "strategies" by which architecture might postpone the full consequences of digitalization, and thus the becoming of architecture as ornament on its own right.

Other Editions - Architecture and Spectacle: A Critique by Gevork Hartoonian 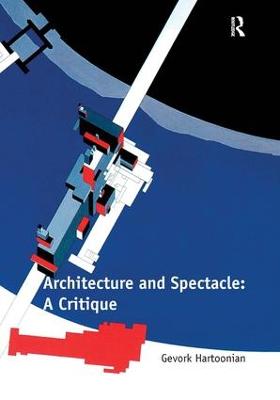 A Preview for this title is currently not available.
More Books By Gevork Hartoonian
View All