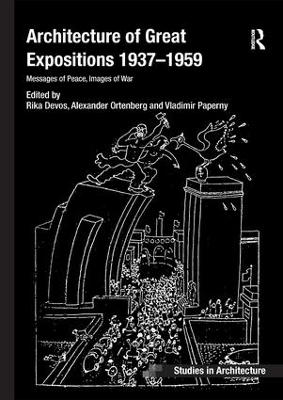 Messages of Peace, Images of War

This book investigates architecture as a form of diplomacy in the context of the Second World War at six major European international and national expositions that took place between 1937 and 1959. The volume gives a fascinating account of architecture assuming the role of the carrier of war-related messages, some of them camouflaged while others quite frank. The famous standoffs between the Stalinist Russia and the Nazi Germany in Paris 1937, or the juxtaposition of the USSR and USA pavilions in Brussels 1958, are examples of very explicit shows of force. The book also discusses some less known - and more subtle - messages, revealed through an examination of several additional pavilions in both Paris and Brussels; of a series of expositions in Moscow; of the Universal Exhibition in Rome that was planned to open in 1942; and of London's South Bank Exposition of 1951: all of them related, in one way or another, to either an anticipation of the global war or to its horrific aftermaths. A brief discussion of three pre-World War II American expositions that are reviewed in the Epilogue supports this point. It indicates a significant difference in the attitude of American exposition commissioners, who were less attuned to the looming war than their European counterparts. The book provides a novel assessment of modern architecture's involvement with national representation. Whether in the service of Fascist Italy or of Imperial Japan, of Republican Spain or of the post-war Franquista regime, of the French Popular Front or of socialist Yugoslavia, of the arising FRG or of capitalist USA, of Stalinist Russia or of post-colonial Britain, exposition architecture during the period in question was driven by a deep faith in its ability to represent ideology. The book argues that this widespread confidence in architecture's ability to act as a propaganda tool was one of the reasons why Modernist architecture lent itself to the service of such different masters.

Other Editions - Architecture of Great Expositions 1937-1959 by Rika Devos 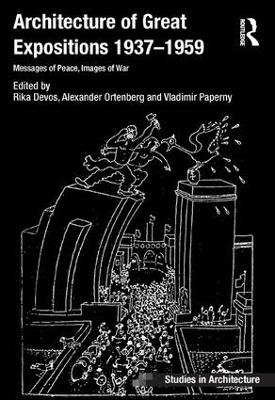 A Preview for this title is currently not available.
More Books By Rika Devos
View All