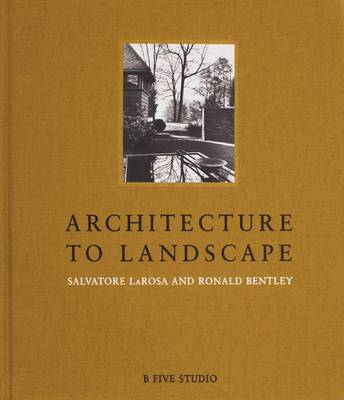 A monographic treatment, gorgeously illustrated, of two house projects by architects Salvatore LaRosa and Ronald Bentley, of B Five Studio in New York. These works were painstakingly developed over time, and are deeply considered from the scale of the landscape to custom-made items of furniture and decorative arts. They engage history, nature, rituals that are both sacred and everyday, and the meaning of domesticity. AUTHOR: Salvatore LaRosa is a founding partner of B Five Studio. In addition to his work as an architect and designer, he was Treasurer of The Architectural League of New York and taught at Parsons School of Design. He has received numerous awards for his art, including three recently from AIA s Faith and Form Religious Art & Architecture Awards. Ronald Bentley is a graduate of Bowdoin College and Columbia University s Graduate School of Architecture, Planning, and Preservation, Ron is a founding partner of B Five Studio. The diversity of his work, which focuses primarily on residential projects, reflects the breadth of Ron s architectural interests as well as his can-do pragmatism. 98 photographs and 32 illustrations

A Preview for this title is currently not available.
More Books By Salvatore Larosa
View All