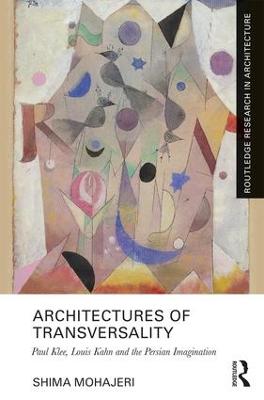 Architectures of Transversality investigates the relationship between modernity, space, power, and culture in Iran. Focusing on Paul Klee's Persian-inspired miniature series and Louis Kahn's unbuilt blueprint for a democratic public space in Tehran, it traces the architectonics of the present as a way of moving beyond universalist and nationalist accounts of modernism. Transversality is a form of spatial production and practice that addresses the three important questions of the self, objects, and power. Using Deleuzian and Heideggerian theory, the book introduces the practices of Klee and Kahn as transversal spatial responses to the dialectical tension between existential and political territories and, in doing so, situates the history of the silent, unrepresented and the unbuilt - constructed from the works of Klee and Kahn - as a possible solution to the crisis of modernity and identity-based politics in Iran.