Archives, Museums and Collecting Practices in the Modern Arab World

Collecting has a long tradition in the Middle East but the museum as a public institution is relatively new. Today there are national museums for antiquities in most Arab countries. While in some cases the political and social climate has hindered the foundation of museums, with existing collections even destroyed at times, the recent museum boom in the Gulf States is again changing the outlook. This unique book is the first to explore collecting practices in archives and museums in the modern Arab world, featuring case studies of collecting practices in countries ranging from Egypt and Lebanon to Palestine, Jordan, Iraq and the Gulf, and providing a theoretical and methodological basis for future research. The authors are also concerned with investigating the relationship between past and present, since collecting practices tell us a great deal not only about the past but also about the ways we approach the past and present conceptions of our identities. Collections can be textual as well, as in the stories, memories or events selected, recalled, and retold in the pages of a text. As interest in memory studies as well as popular and visual culture grows in the Arab World, so collecting practices are at the heart of any critical approach to the past and the present in that region. The book will be of great interest not only to scholars and students of the modern Arab world but also to professionals in museums and collections in the region, as well as around the world.

Other Editions - Archives, Museums and Collecting Practices in the Modern Arab World by Sonja Mejcher-Atassi 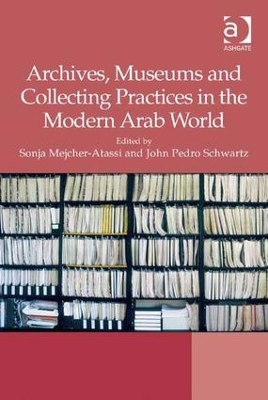