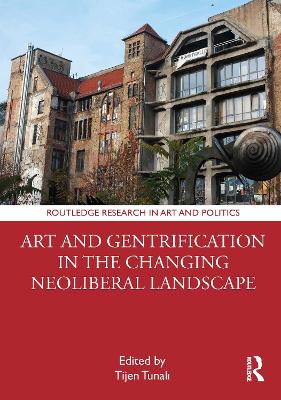 Art and Gentrification in the Changing Neoliberal Landscape

Art and Gentrification in the Changing Neoliberal Landscape brings together various disciplinary perspectives and diverse theories on art's dialectical and evolving relationship with urban regeneration processes. It engages in the accumulated discussions on art's role in gentrification, yet changes the focus to the growing phenomenon of artistic protests and resistance in the gentrified neighborhoods.

Since the 1980s, art and artists' role s in gentrification ha ve been at the forefront of urban geography research in the subjects of housing, regeneration, displacement and new urban planning. In these accounts the artists have been noted to contribute at all stages of gentrification, from triggering it to eventually being displaced by it themselves. The current presence of art in our neoliberal urban space s illustrates the constant negotiation between power and resistance . And there is a growing need to recognize art's shifting and conflicting relationship with gentrification. The chapters presented here share a common thesis that the aesthetic reconfiguration of the neoliberal city does not only allow uneven and exclusionary urban redevelopment strategies but also facilitates the growth of anti-gentrification resistance.

The book will be of interest to scholars working in art history, urban cultures, cultural geography and urban studies as well as contemporary art practitioners and policymakers.