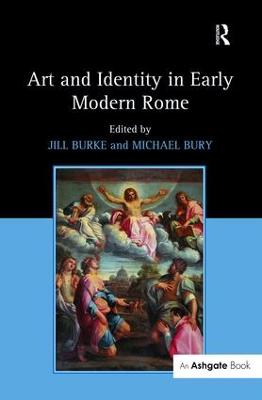 From the late fifteenth to the late seventeenth century, Rome was one of the most vibrant and productive centres for the visual arts in the West. Artists from all over Europe came to the city to see its classical remains and its celebrated contemporary art works, as well as for the opportunity to work for its many wealthy patrons. They contributed to the eclecticism of the Roman artistic scene, and to the diffusion of 'Roman' artistic styles in Europe and beyond. Art and Identity in Early Modern Rome is the first book-length study to consider identity creation and artistic development in Rome during this period. Drawing together an international cast of key scholars in the field of Renaissance studies, the book adroitly demonstrates how the exceptional quality of Roman court and urban culture - with its elected 'monarchy', its large foreign population, and unique sense of civic identity - interacted with developments in the visual arts. With its distinctive chronological span and uniquely interdisciplinary approach, Art and Identity in Early Modern Rome puts forward an alternative history of the visual arts in early modern Rome, one that questions traditional periodisation and stylistic categorisation.

A Preview for this title is currently not available.
More Books By Jill Burke
View All