Albert Barnes and the Science of Philanthropy

A physician who applied his knowledge of chemistry to the manufacture of a widely used antiseptic, Albert Barnes is best remembered as one of the great American art collectors. The Barnes Foundation, which houses his treasures, is a fabled repository of Impressionist, post-Impressionist, and early modern paintings. Less well known is the fact that Barnes attributed his passion for collecting art to his youthful experience of African-American culture, especially music. Art, Education, and African-American Culture is both a biography of an iconoclastic and innovative figure and a study of the often-conflicted efforts of an emergent liberalism to seek out and showcase African American contributions to the American aesthetic tradition.

Mary Ann Meyers examines Barnes's background and career and the development and evolution of his enthusiasm for collecting pictures and sculpture. She shows how Barnes's commitment to breaking down invidious distinctions and his use of the uniquely arranged works in his collection as textbooks for his school, created a milieu where masterpieces of European and American late-nineteenth and early-twentieth century painting, along with rare and beautiful African art objects, became a backdrop for endless feuding. A gallery requiring renovation, a trust prohibiting the loan or sale of a single picture, and the efforts of Lincoln University, known as the "black Princeton," to balance conflicting needs and obligations all conspired to create a legacy of legal entanglement and disputes that remain in contention.

This volume is neither an idealized account of a quixotic do-gooder nor is it a critique of a crank. While fully documenting Barnes's notorious eccentricities along with the clashing interests of the main personalities associated with his Foundation, Meyers eschews moral posturing in favor of a rich mosaic of peoples and institutions that illustrate many of the larger themes of American culture in general and African-American culture in particular. 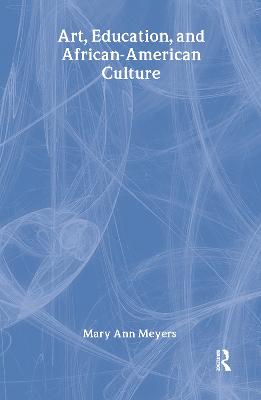 A Preview for this title is currently not available.
More Books By Mary Ann Meyers
View All