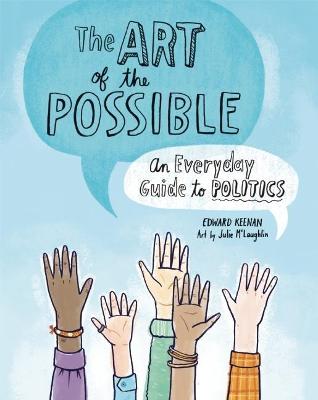 Art of the Possible: An Everyday Guide to Politics

Description - Art of the Possible: An Everyday Guide to Politics by Edward Keenan

We all know what a politician looks like, right? They're old people who wear suits and make long, boring speeches full of indecipherable words. Not so fast! As The Art of the Possible explains, everyone is a politician - even young people who aren't yet eligible to vote. We all have influence over how politics function. But what are politics, and why do we need them? This book answers the universal query in nine short chapters that explain everything from why we form societies and the basic types of governments to the power of public opinion, methods of rhetoric, and the reasons why politicians "lie." Written in an accessible, conversational voice and packed with anecdotes and case studies from across history and around the world, this book helps foster independent thought and curiosity about how a government works - or doesn't work. Readers will come away equipped with the knowledge they need to understand current events and elections, and maybe even be empowered to civic action themselves. Informational text features: table of contents, chapters, diagrams, sidebars, in-text definitions of key terms, glossary, index, and sources. AGES: 10 to 14 AUTHOR: Edward Keenan is a writer, talk radio host, youth baseball and hockey coach, and father of three children who lives and works in Toronto, Ontario. He is the city columnist at the Toronto Star where he covers people and politics, and has previously worked as a senior editor at The Grid and Eye Weekly, and as a blogger for The Walrus. His first book, Some Great Idea, a study of the political history of Toronto, was published by Coach House Books in 2013. Julie McLaughlin is a freelance illustrator whose clients include Harper Collins, Scholastic, Random House, and more. Her work has been nominated for several awards including the Norma Fleck Award for Canadian Children's Non-Fiction, which she won for Why We Live Where We Live (Owlkids Books) by Kira Vermond in 2015. She is based in Victoria, BC.

Buy Art of the Possible: An Everyday Guide to Politics by Edward Keenan from Australia's Online Independent Bookstore, BooksDirect.

Other Editions - Art of the Possible: An Everyday Guide to Politics by Edward Keenan 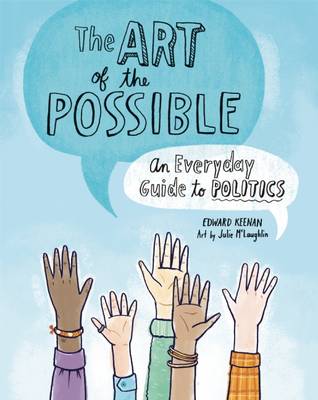 A Preview for this title is currently not available.
More Books By Edward Keenan
View All