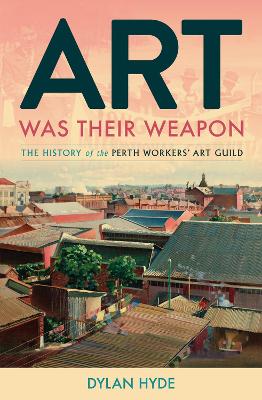 Art Was Their Weapon: The History of the Perth Workers' Art Guild

Description - Art Was Their Weapon: The History of the Perth Workers' Art Guild by Dylan Hyde

The politics, art and culture of Perth's Workers Art Guild are detailed in this comprehensive history, as well as the personal and professional lives of some of the movement's key figures.

The Workers' Art Guild was a left-leaning political force and influential cultural movement of the 1930s and 1940s in Perth. Police and intelligence arms kept close tabs on the Guild and its members, jailing some and intimidating many others prior to and during the period of the banning of the Communist Party in Australia.

The book covers the personal and professional lives of key figures such as writer Katharine Susannah Prichard and theatre maverick Keith George, while charting the influence of the Communist Party on Western Australian artists.

Buy Art Was Their Weapon: The History of the Perth Workers' Art Guild by Dylan Hyde from Australia's Online Independent Bookstore, BooksDirect.

A Preview for this title is currently not available.
More Books By Dylan Hyde
View All