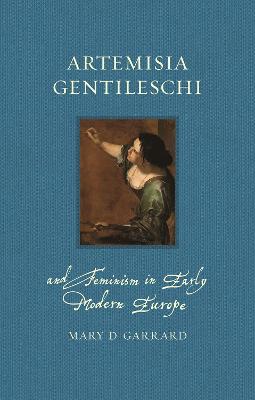 A beautifully illustrated, full portrait of Artemisia Gentileschi, a ground-breaking medieval woman artist who fought back through her art.

Artemisia Gentileschi is by far the most famous woman artist of the pre-modern era. Her art addresses issues that resonate today, such as sexual violence and women's problematic relationship to political power. Her powerful paintings with their vigorous female protagonists chime with modern audiences, and she is celebrated by feminist critics and scholars. This book breaks new ground by placing Gentileschi in the context of women's political history. Mary D. Garrard shows that Gentileschi most likely knew or knew about contemporary writers such as the Venetian feminists Lucrezia Marinella and Arcangela Tarabotti. She discusses recently discovered paintings, offers fresh perspectives on known works and examines the artist anew in the context of feminist history. This beautifully illustrated book gives a full portrait of a strong woman artist who fought back through her art.

A Preview for this title is currently not available.
More Books By Mary D. Garrard
View All