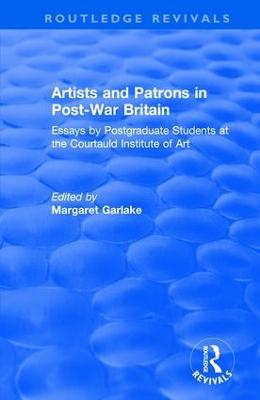 Artists and Patrons in Post-war Britain

This title was first published in 2001. An examination of art and patronage in Britain during the post-war years. It consists of five case studies, initially written as MA theses, that closely investigate aspects of the mechanisms of patronage outside the state institutions, while indicating structural links within it. The writers have sought to elucidate the relationship between patronage, the production of art and its dissemination. Without seeking to provide an inclusive account of patronage or art production in the early post-war years, their disparate and highly selective papers set up models for the structure of patronage under specific historical conditions. They assume an understanding that works of art are embedded in their social contexts, are products of the conditions under which they were produced, and that these contexts and conditions are complex, fluid and imbricated in one another. 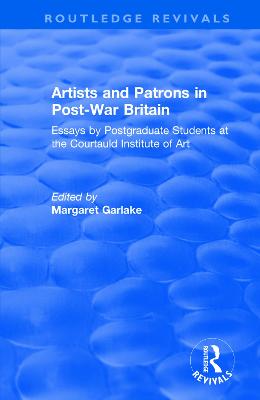 A Preview for this title is currently not available.
More Books By Courtauld Institute of Art
View All