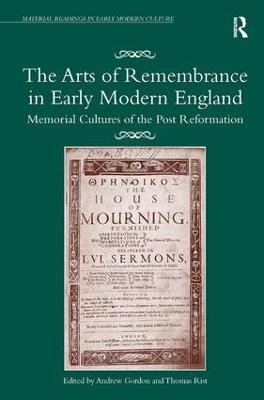 The Arts of Remembrance in Early Modern England

The early modern period inherited a deeply-ingrained culture of Christian remembrance that proved a platform for creativity in a remarkable variety of forms. From the literature of church ritual to the construction of monuments; from portraiture to the arrangement of domestic interiors; from the development of textual rites to drama of the contemporary stage, the early modern world practiced 'arts of remembrance' at every turn. The turmoils of the Reformation and its aftermath transformed the habits of creating through remembrance. Ritually observed and radically reinvented, remembrance was a focal point of the early modern cultural imagination for an age when beliefs both crossed and divided communities of the faithful. The Arts of Remembrance in Early Modern England maps the new terrain of remembrance in the post-Reformation period, charting its negotiations with the material, the textual and the performative. 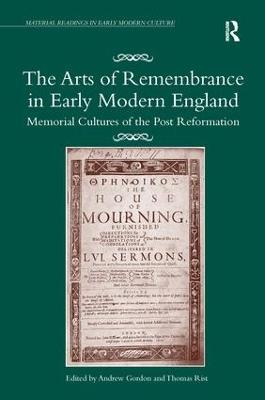 A Preview for this title is currently not available.
More Books By Andrew Gordon
View All

Our India Missions: A Thirty Year's History of the India Mission of the United Presbyterian Church of North America, Together with Personal Reminiscences
Andrew Gordon
Hardback , Oct '18
RRP: $112.73 $101.46

Our India Mission, 1855-1885: A Thirty Years' History of the India Mission of the United Presbyterian Church of North America, Together with Personal Reminiscences ... with Forty Illustrations
Andrew Gordon
Hardback , Oct '18
RRP: $112.73 $101.46