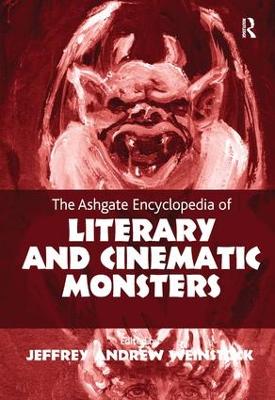 The Ashgate Encyclopedia of Literary and Cinematic Monsters

From vampires and demons to ghosts and zombies, interest in monsters in literature, film, and popular culture has never been stronger. This concise Encyclopedia provides scholars and students with a comprehensive and authoritative A-Z of monsters throughout the ages. It is the first major reference book on monsters for the scholarly market. Over 200 entries written by experts in the field are accompanied by an overview introduction by the editor. Generic entries such as 'ghost' and 'vampire' are cross-listed with important specific manifestations of that monster. In addition to monsters appearing in English-language literature and film, the Encyclopedia also includes significant monsters in Spanish, French, Italian, German, Russian, Indian, Chinese, Japanese, African and Middle Eastern traditions. Alphabetically organized, the entries each feature suggestions for further reading. The Ashgate Encyclopedia of Literary and Cinematic Monsters is an invaluable resource for all students and scholars and an essential addition to library reference shelves.

A Preview for this title is currently not available.
More Books By Jeffrey Andrew Weinstock
View All