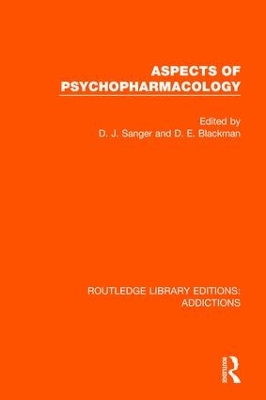 The study of drug effects on behaviour and psychological processes has a long history. Developments in the decade prior to first publication had been based on a more adequate synthesis than hitherto of psychology and pharmacology, and as a result great progress was made in establishing psychopharmacology as an interdisciplinary subject in its own right. Undergraduate courses in departments of psychology and pharmacology were increasingly including some coverage of this material, but there was a paucity of texts suitable at this level at the time.

Originally published in 1984, this book was designed to provide broad coverage of psychopharmacology, with the minimum necessary focus on basic pharmacology and with carefully chosen subjects which are still likely to be of interest to psychology undergraduates and in which good empirical work is available for discussion at that level. The emphasis throughout the book is on the needs of psychology students, but the contents will also interest pharmacology students.

Other Editions - Aspects of Psychopharmacology by David J. Sanger 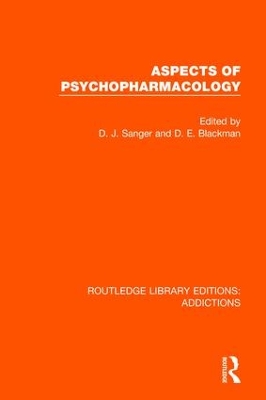 A Preview for this title is currently not available.
More Books By David J. Sanger
View All