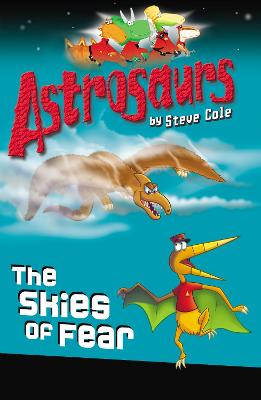 Astrosaurs 5: The Skies of Fear

Description - Astrosaurs 5: The Skies of Fear by Steve Cole

Captain Teggs is no ordinary dinosaur - he's an astrosaur! On the incredible spaceship DSS Sauropod, along with his faithful crew, Gypsy, Arx and Iggy, Teggs rights wrongs, fights evil and eats a lot of grass!Disaster has struck Squawk Major, the pterosaur planet. It's people have forgotten how to fly . . . all except a sinister stranger named Grandum who now plans to rule the world. Can Teggs and the team stop him and put things right - before it's too late?

A Preview for this title is currently not available.
More Books By Steve Cole
View All