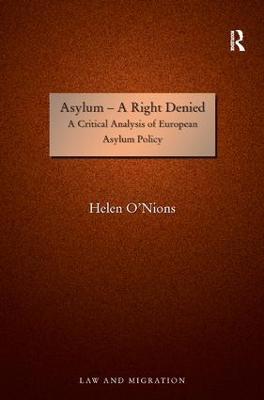 In recent decades, asylum has emerged as a highly politicized European issue. The term 'asylum seeker' has suffered a negative perception and has been associated with notions of illegality and criminality in mainstream media. These misconceptions have been supported by politicians as a distraction from economic and political uncertainties with the result that asylum seekers have been deprived of significant rights. This book examines the effect of recent attempts of harmonization on the identification and protection of refugees. It considers the extent of obligations on the state to admit and protect refugees and examines the 1951 Refugee Convention. The motivations of European legislators and legislation concerning asylum procedures and reception conditions are also analysed. Proposals and initiatives for refugee movements and determinations are examined and assessed. The author makes suggestions for better protection of refugees while responding to the security concerns of States, and questions whether European law and policy is doing enough to uphold the fundamental right to seek and enjoy asylum as set out in the Universal Declaration of Human Rights. This book takes a bold look at a controversial issue and generates discussion for those involved in the fields of human rights, migrational and transnational studies, law and society and international law.

Other Editions - Asylum - A Right Denied by Helen O'Nions 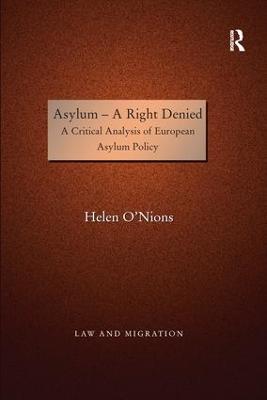 A Preview for this title is currently not available.
More Books By Helen O'Nions
View All