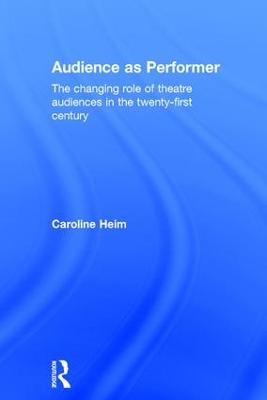 The changing role of theatre audiences in the twenty-first century

'Actors always talk about what the audience does. I don't understand, we are just sitting here.'

Audience as Performer proposes that in the theatre, there are two troupes of performers: the actors and the audience. Although academics have scrutinised how audiences respond, make meaning and co-create while watching a performance, little research has considered the behaviour of the theatre audience as a performance in and of itself.

This insightful book describes how an audience performs through its myriad gestural, vocal and paralingual actions, and considers the following questions:

Drawing from over 140 interviews with audience members, actors and ushers in the UK, USA and Austrialia, Heim reveals the lived experience of audience members at the theatrical event. It is a fresh reading of mainstream audiences' activities, bringing their voices to the fore and exploring their emerging new roles in the theatre of the Twenty-First Century.

Other Editions - Audience as Performer by Caroline Heim 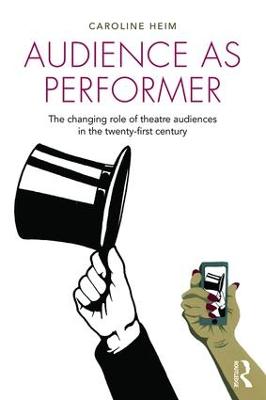 A Preview for this title is currently not available.
More Books By Caroline Heim
View All