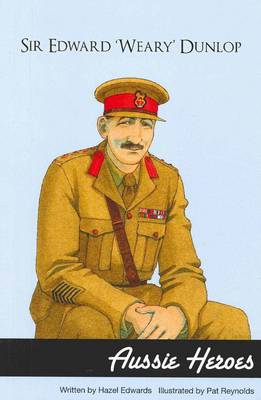 Ernie Dunlop was determined to become a doctor from an early age. Born in Melbourne, he was fascinated with both medical science and physical challenges. Whilst studying medicine he earned the nickname 'Weary' and gained a reputation as a dedicated doctor and sportsman.

In November 1939, after the outbreak of World War II, Weary signed up for the Australian Army. In April 1942, Weary and his men were captured and became prisoners of war. During this time Weary became known for his leadership and communication skills with the enemy. After the war Weary was committed to caring for war veterans.

This Aussie Heroes series introduces primary-aged children to heroes who have made a contribution to Australian society. Each hero has helped others in need and in turn shaped history. An insightful look at the fascinating lives of great Australians.